Are you uncertain about the financial costs associated with owning your own solar panels? Do you rent a property but still want solar power? Perhaps you have found that your house is too shady or doesn’t face the right direction to get solar? In all of these cases, community solar may be the solution for you!

What is community solar?

In most cases, community solar refers to a solar installation that is owned by multiple partners, who are able to receive credits on their electric bills based on the amount of energy produced. Generally, community solar is good for individuals who want to use renewable solar energy without having to pay for their own system.

Can I invest in community solar in Georgia?

Yes, Georgia Power and other EMCs in the state do offer community solar options to their customers. These programs usually involve purchasing a block of solar panels through the electricity provider and receiving credits on the bill which equate to the production of the solar block.

Will community solar save me money down the road like a solar installation would?

In many states in the Northeast and the West, community solar does save you money. In Georgia, however, power companies charge a flat monthly fee for participating in community solar programs, typically offsetting the credit from the solar power generation. Thus, at best, you will come out even on subscribing to the community solar model.

While a worthy cause, participating in community solar in Georgia through your electricity provider is not incentivized, and the irony of this situation is that many people in Georgia already receive solar power without evening knowing it. Georgia Power and EMCs have partnerships with companies all over the state to purchase solar energy from solar farms and even own many solar farms of their own. Since solar power is actually cheaper than energy produced from burning coal, decommissioned factories are being replaced by utility scale solar farms. Thus, by paying to participate in a community solar program, you are likely paying for solar power that would have been generated whether or not you invested in the program — good business for Georgia Power!

Therefore, if you want to actually reduce your utility bills with solar power, owning your own solar installation, if you can, is your best bet. However, if you just want to go green and reduce your carbon footprint, then community solar is a good option. Just remember, you are likely already getting some share of your electricity from solar right now!

How does community solar fit into the larger picture of solar growth in Georgia?

Community solar is not only great for the environment, but it is also great for expanding local business and renewable energy jobs in the state.

In 2019, Facebook announced that its Newton County data center was officially receiving its power from three solar farms in neighboring Early County, GA. This decision is reported to bring over 400 jobs to an area that has higher rates of poverty and bring more tax money into the county to improve schools and local infrastructure.

In addition, did you know that Georgia has become one of the largest producers of solar panels in the nation? It’s true! Due to tariffs on imported solar panels imposed by Former President Trump, solar cell manufacturers moved their operations to the U.S., and one even landed in Dalton, Georgia. Developments like these make solar farms and community solar programs more appealing as costs are lower to transport the panels and set up these installations in the state.

This growth in solar is felt all over the United States. According to the U.S. Department of Energy, the solar industry has officially become the largest employer of energy jobs in the country. This means that any investment you make in solar whether it’s with us at Better Tomorrow Solar or with a community solar program through Georgia Power, you are investing in jobs and increasing economic prosperity in Georgia.

Can I help grow community solar in Georgia?

We encourage you to reach out to your local public service commissioners or local county representatives and advocate for incentivizing community solar. In other states, subscribers of community solar are able to save 10-15% on their electricity bill. In Georgia, there is no reason why we cannot have these same incentives, especially when Georgia Power and other EMCs are charging their customers a premium for power that costs less to generate! So reach out to your local representatives and commissioners and in the next election, vote for solar! 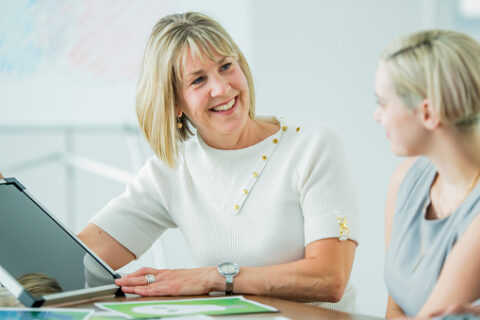 Camping in the great outdoors offers unmatched peace, solitude, and mental health benefits. Whether you sleep in a tent, cabin, or RV, consider…